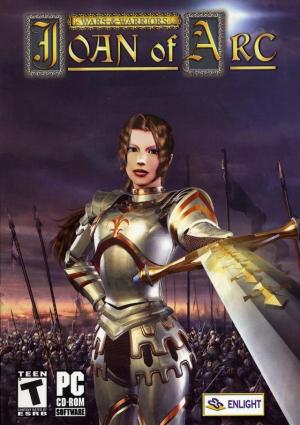 Wars and Warriors: Joan of Arc

Inspired by the story of Joan of Arc, Wars and Warriors: Joan of Arc sends players to medieval France to experience the epic battles of the Hundred Years' War. You'll join the fight to liberate France in a game filled with action, strategy, and role-playing elements. Features include four player-controlled characters, complete with units, intense campaign-based missions, and the ability to acquire a variety of medieval weaponry. Whether besieging castles with massive armies or defeating militias in hack-and-slash combat, you'll be immersed in the brutality of medieval warfare.