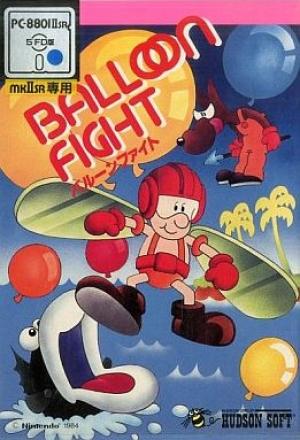 While the game doesn't have any major differences gameplay-wise to the original NES version, the game is fairly different with graphics and audio. Both seem to be slightly lower in quality, simply due to hardware differences. Most palettes have been mimicked fairly accurately, and the same is true of the audio. Other differences include Hudson Soft being noted on the title screen, but most notably the severe downgrade of Balloon Trip mode. Due to the hardware, all of the sparks can only advance at larger increments, making it look somewhat choppy.