The Brick Game was a popular handheld game console in the late 1980s to the early 1990s. It was introduced mid-1980s in China, originally as a clone variant of the original Tetris, but usually had a few simple games styled after Tetris block matrixes. The games are usually arranged within alphabetical letters (A-Z), with each letter corresponds with different games. Each game has its own variations by selecting the number below the letter. It still manufactured in China and it is often considered as a low-cost toy that can be easily found on dollar stores or toy stores. 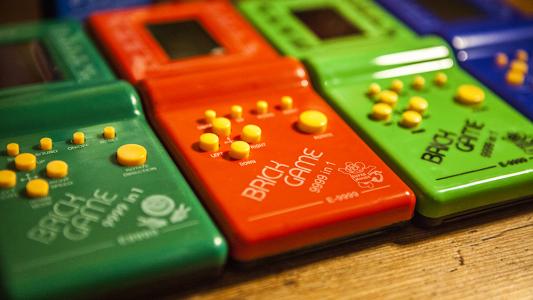