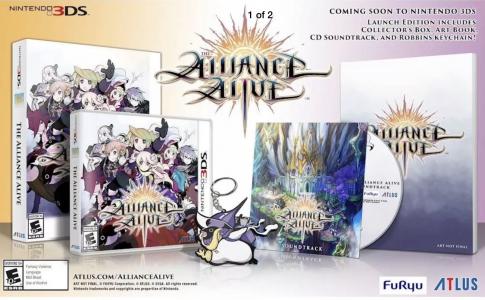 The Alliance Alive[a] is a Japanese role-playing video game for the Nintendo 3DS handheld video game console developed by Cattle Call, with assistance from Grezzo and FuRyu. The game was published in Japan by FuRyu in 2017, and was published worldwide by Atlus USA in 2018. The story follows a group of characters as they mount a rebellion against a race of Daemons that have ruled over humans since blotting out the sun a millennium before. Gameplay follows many traditions of the Japanese role-playing genre, including turn-based battles and navigation using a world map.