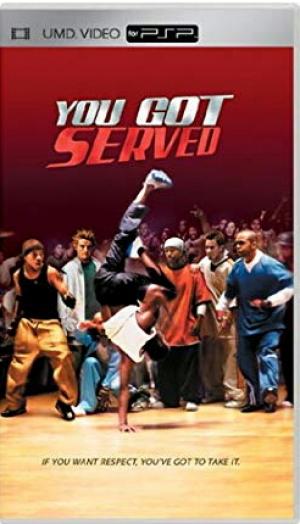 UMD Video: You Got Served

Served is a dance drama film written and directed by Chris Stokes, manager of its stars, recording artist Marques Houston and the members of boy band B2K. The plot concerns a group of dancers, who take part in a street dancing competition. It was released by Columbia Pictures' Screen Gems division on January 30, 2004, and was produced by Marcus Morton, Cassius Vernon Weathersby, Billy Pollina, Kris Cruz Toledo. It opened at #1 at the box office during Super Bowl weekend with $16 million grossed in its first week. It has recently gained a cult following. It was filmed on May 1, 2003 through June 25, 2003 and released on January 30, 2004. Houston and Grandberry later starred in the 2004 film Fat Albert.