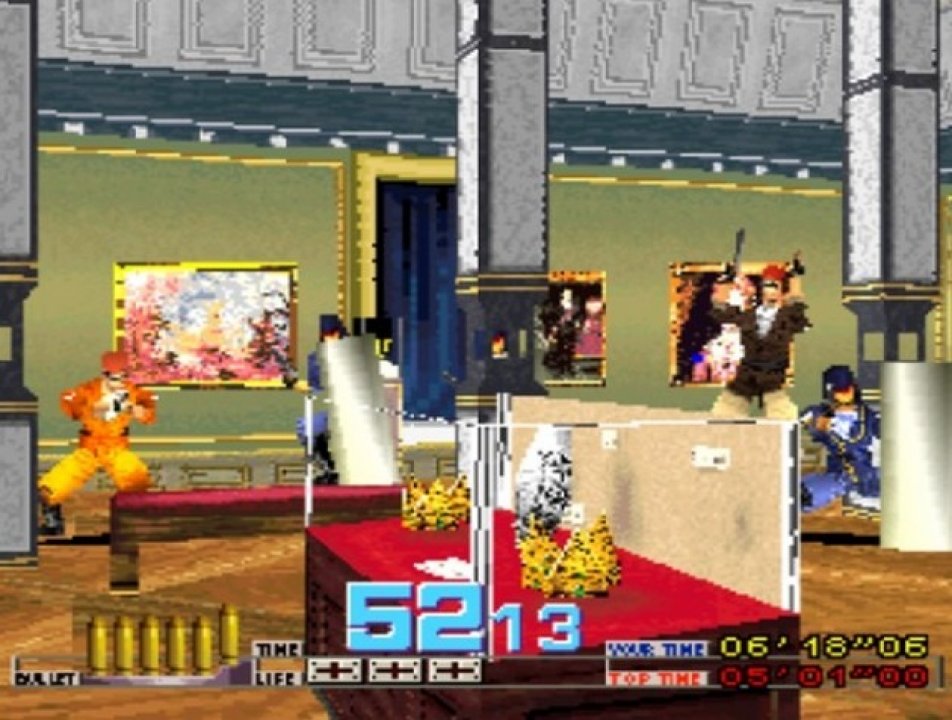 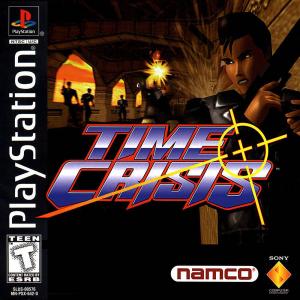 Time Crisis is a rail shooter, originally released for the arcades, similar to Virtua Cop in gameplay style. The player moves automatically, using the light gun to eliminate appearing enemies, after which he can proceed to the next screen. The stages typically culminate in boss battles. The player can also press a button to make Richard dive for cover. However, using this feature too much might result in expiration of the time limit imposed on each screen. 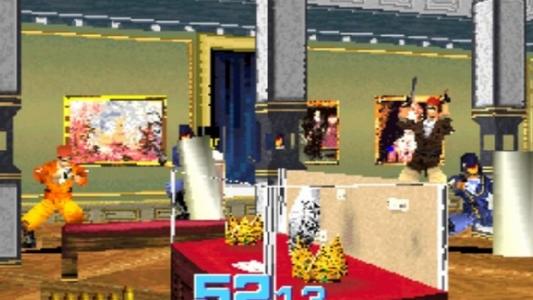