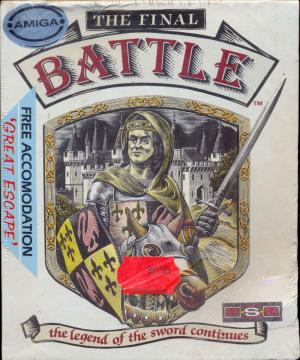 The Final Battle is the successor to Legend of the Sword. In the last game, five heroes managed to foil the plans of the evil wizard Suzar. Now he has returned, captured the party and threw them in his dungeon. The player takes the role of one of the group, with the goal to free his comrades, explore the island and stop the threat once and for all.