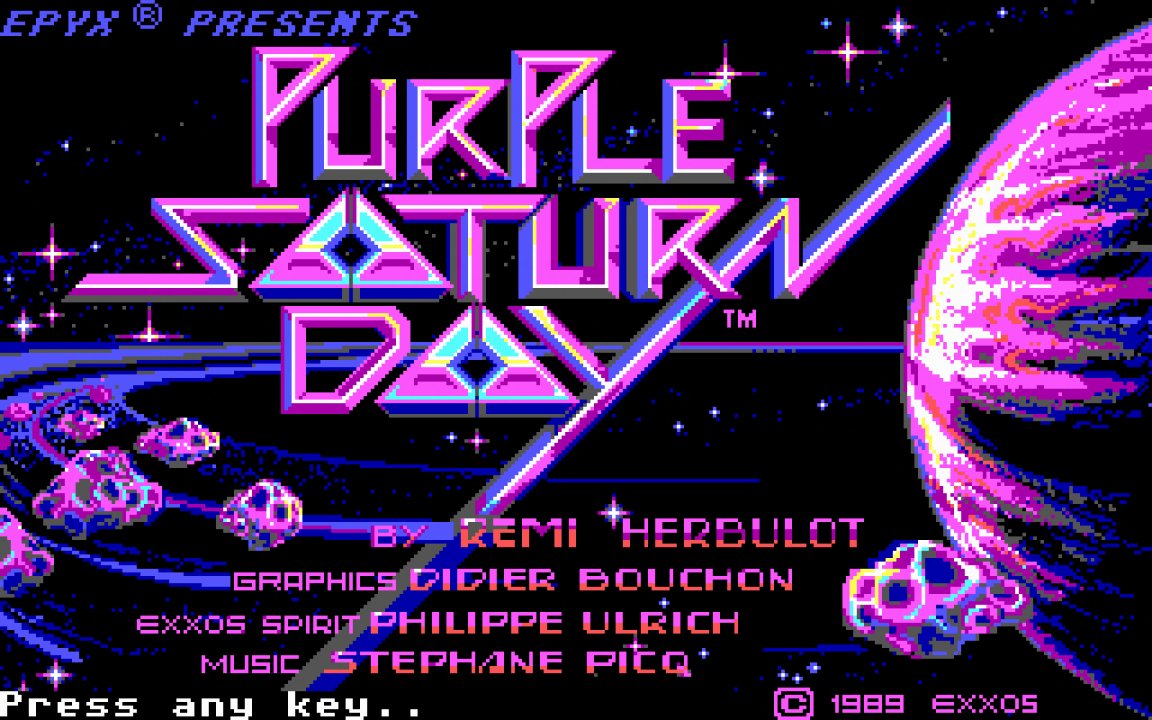 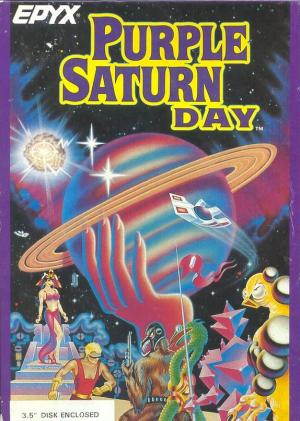 Purple Saturn Day is a space-themed Olympic sports game. It was created in 1989 by ERE Informatique and published by Epyx. The game features four non-existent sci-fi themed Olympic games, in the vein of Epyx games like Summer Games (1984). The four events are Ring Chase, Tronic Slider, Brain Bowler, and Time Jump. The events can be practiced on their own, or played one after another in tournament mode, where if the player wins they get to see the queen of the tournament do a short dance around a pole. 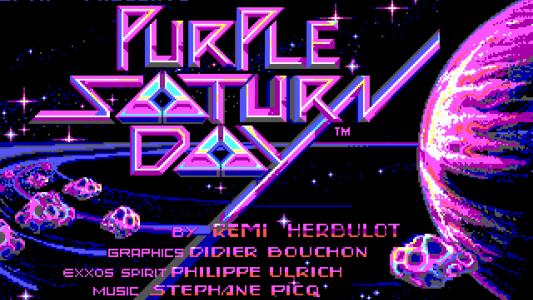