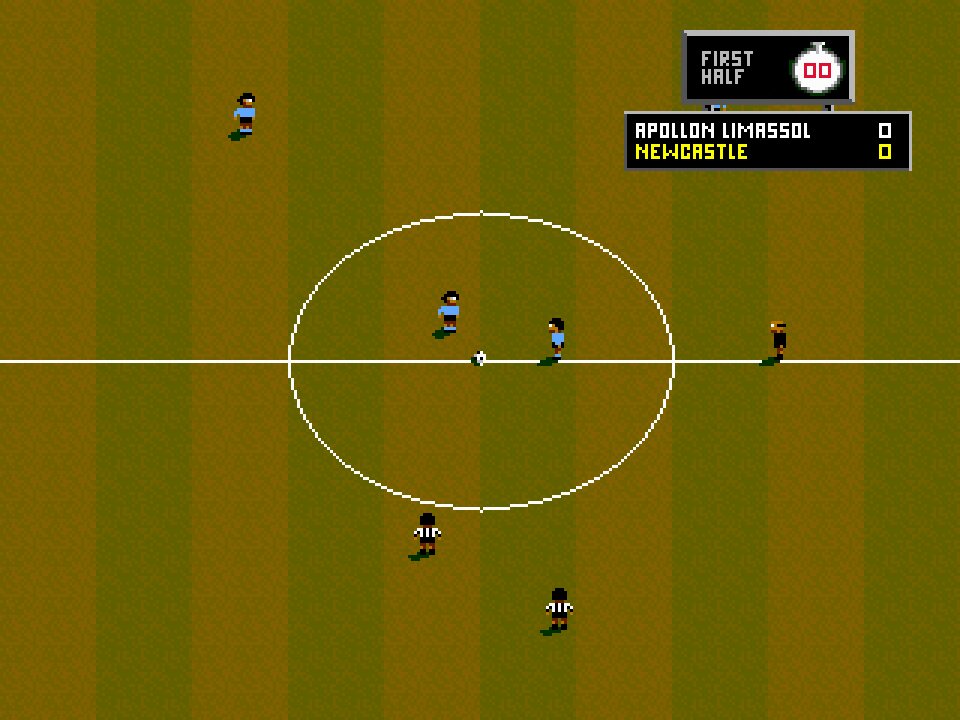 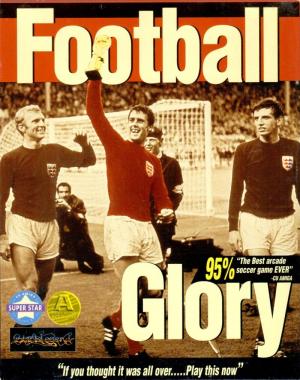 Football Glory (Fußball Total! in German-speaking countries) is a 1994 football video game developed by Croteam and published by Black Legend that became famous due to the many similarities with Sensible Software's Sensible Soccer. It was released for both IBM compatibles and Commodore Amiga, and later peaked as high as second in the Amiga sales chart. In essence a clone of Sensible Soccer, Football Glory was a more laid back, and at points, a much more comical approach: apart from several new features such as overhead and heel kicks, it included several seemingly unrelated animations (including female streakers and hooligans with assorted police officers chasing them, toilet paper and firecrackers thrown to the field by the audience after a goal, and cartoon-like talking bubbles after a referee decision, after which the player was allowed to chase the referee), and various other little amusing touches, such as the snow-ridden field having a snowman as a corner flag and icicles hanging down from the crossbar. In 1998, Croteam released Football Glory as freeware. 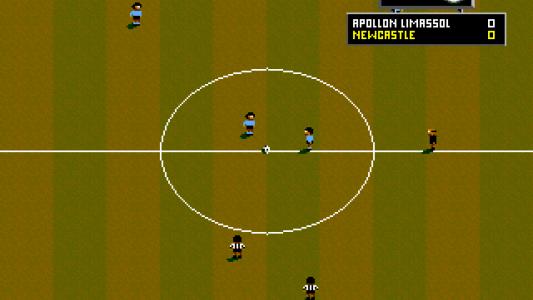