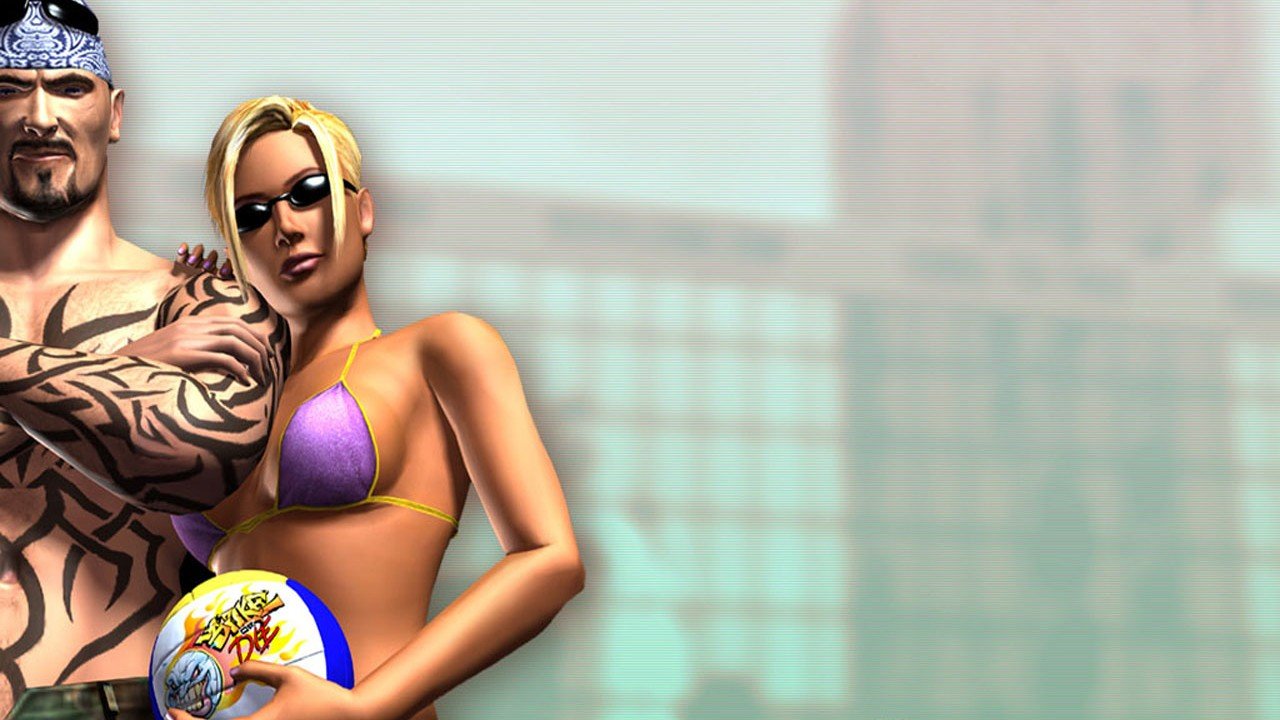 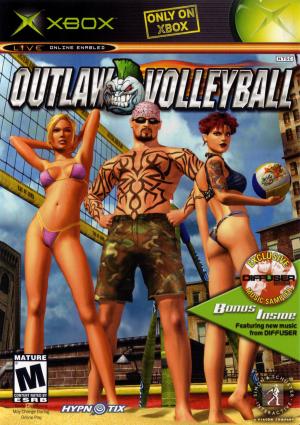 Outlaw Volleyball is the second game in Simon & Schuster's growing Outlaw franchise. As the title suggests, you play various games of volleyball with shady and dirty characters, from a slutty biker to an ex con to a pair of strippers. There are sixteen players in total. Each character has his or her own unique personality, strengths and weaknesses. There are four different modes you can compete in; Exhibition, which is a standard volleyball game, Tour, which is the career mode that spans fifty different events, and Drills, which are sort of like practice games that awards points you can use to improve your player's abilities. The fourth mode is Xbox Live enabled, allowing you to play with people over the Xbox Live service. There are ten different courts to play on, each one with it's own backgrounds and animation. You can play on a beach, at a carnival, or even in a prison. Outlaw Volleyball utilizes the same momentum feature first seen in Outlaw Golf, which allows you to earn "beating tokens" that you can spend on beating up the other team. If you are doing lousy, beating up a member of the other team refills your momentum meter, allowing you to come back and possibly win. 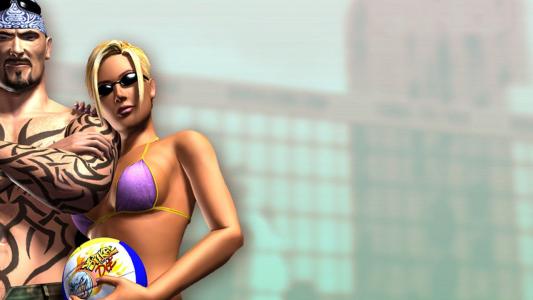