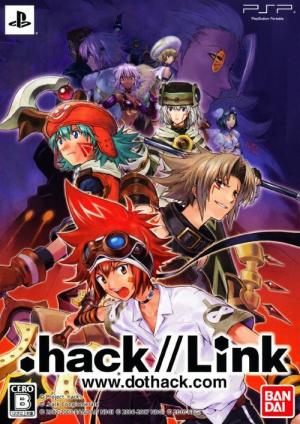 Set in a fictional version of the year 2020, .hack//Link's story takes place in a new version of “The World,” a popular series of MMORPGs known as The World: RX. The game focuses on a young man named Tokio Kuryuu, a second year junior-high student who gets transported into The World: RX by a new student named Saika Amagi. After arriving into the game, Tokio is tasked by an artificial intelligence version of the character Kite to be a hero and use a tower of the Akashic Records to save the Twilight Knights, a group of artificial intelligence versions of characters based on casts of previous entries in the .hack series. Using the Akashic Records, Tokio is able to travel backwards in time to previous .hack entries and encounter past characters in order to unfreeze the data of the Twilight Knights.