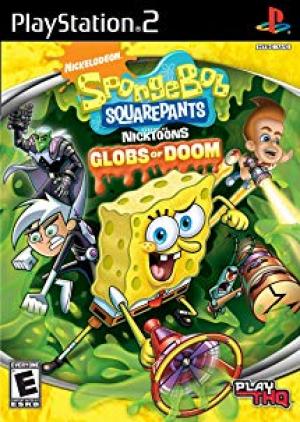 SpongeBob SquarePants featuring Nicktoons: Globs of Doom is an action-packed adventure featuring 10 playable characters from some of the most popular Nickelodeon TV shows, as well as numerous iconic locations such as Retroville, Amity Park and Bikini Bottom. Players will play cooperatively as both heroes and villains while utilizing special gadgets in order to defeat the Morphoids. Features: Hero and Villain Cooperation - For the first time ever heroes and villains of the Nickelodeon universe team up to the battle Globulous. Cooperative Play – control either villain or hero and fight alongside your friend or a computer controlled ally. Amplified Abilities – The Mawgu Gadgetry amplifies your heroes’ and villains’ unique abilities. Gadget-Combo Attacks – After a series of successful attacks, you can combine your abilities to perform Gadget-Combo Attacks against your opponents. 10 Playable Characters – Choose from five heroes and five villains from the Nickelodeon universe.