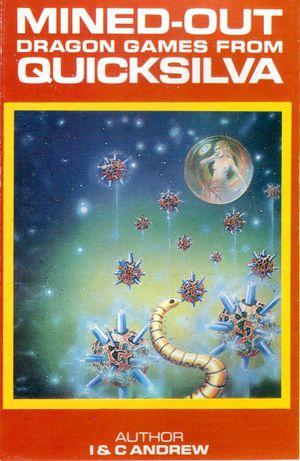 Mined-Out was a video game released for the Sinclair Spectrum in 1983 by Quicksilva.[1] It is conceptually similar to the later Minesweeper, where a player must cross a minefield successfully using logic. Although Mined-Out was not the first game in the style of Minesweeper, it was the first to be released on a personal computer, and to display how many mines are adjacent to the player.[2] The game was written by Ian Andrew, an early adopter of the ZX81 and Spectrum. He learned to program BASIC in his spare time, and sent a copy of Mined-Out to Quicksilva after they published an advert wanting programs to publish.[3] It received a positive reception, with Home Computing Weekly describing it as "excellent fun to play".[4] The game was later ported to other home computers, including the Dragon 32, BBC Micro and Acorn Electron, while Andrew founded his own company, Incentive Software.[3]