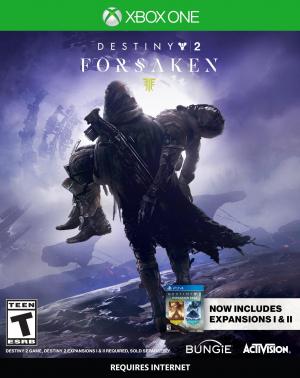 With 2 brand-new destinations to explore, and new weapons, armour and Supers to acquire, Forsaken takes players on an epic journey into the wild frontiers of our solar system where the lines between justice and revenge are blurred. Forsaken also features an all-new competitive and collaborative endgame activity, called Gambit. A first-of-its kind for Destiny, Gambit is a new, hybrid 4v4 mode that merges both PvE and PvP experiences into an epic battle. This entirely new way to play Destiny 2 offers something for all types of gamers to enjoy, appealing to those who thrive on the competitive challenge of PvP gameplay, while seamlessly blending the collaborative and unpredictable elements of PvE.