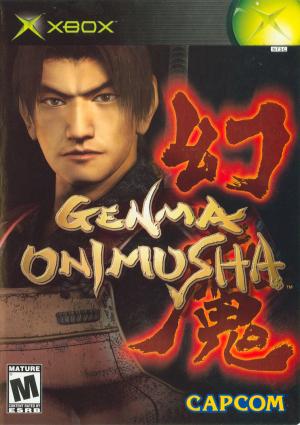 Onimusha: Warlords, released in Japan as Onimusha (鬼武者?), is the first action-adventure video game of the Onimusha series, released first for the PlayStation 2 in 2001. Later it was released in an updated form as Genma Onimusha (幻魔 鬼武者?) for the Xbox in 2002. The original Onimusha: Warlords version was also ported to Microsoft Windows, although this version was only released in Asia and Russia. The game's plot is set in the Sengoku period and focuses on the samurai Samanosuke Akechi who fights against the forces of Nobunaga Oda. After Nobunaga's death in battle, Samanosuke goes on a quest to save Princess Yuki from demons working alongside Nobunaga's forces. The player controls Samanosuke and his partner, a female ninja Kaede, in their fight against demons. While the game borrows elements from Capcom's own Resident Evil survival horror series, such as solving puzzles and a fixed camera, the game is focused more on the action genre with Samanosuke possessing multiple weapons that can be upgraded by defeating several enemies. Capcom originally wanted to release the game for the original PlayStation but the close release of its next generation version resulting in the project being scrapped. Following its release, Onimusha: Warlords achieved high popularity becoming the first PlayStation 2 game to reach the one million sales. Its sales eventually surpassed the two million units worldwide. The game has been well received by video game publications and has been recognized as one of the best titles on the system. It also spanned two direct sequels for the same console and another three games within the franchise.