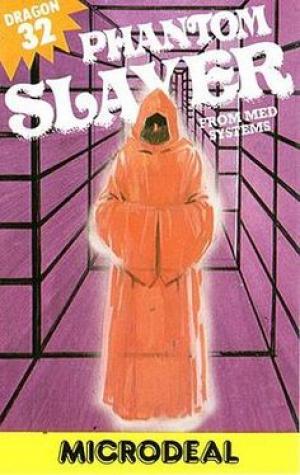 The player moves around a randomly generated maze, attempting to kill the eponymous phantoms by shooting them. As each level is cleared, a new maze is created, and the phantoms became harder (requiring more shots) to kill. The game combines a relatively sedate pace and a then-rare first-person point of view (using simple fixed-perspective graphics) to produce high levels of dramatic tension for a game on such primitive hardware. The player moves around the maze, and his or her only indication that a Phantom was encroaching is an ominous sound, played when the Phantom is a few squares away from the player's position. A power-up time is required for the player's weapon, leading to the player holding a position in order to charge the weapon while stalking (or being stalked). The phantoms can take multiple hits (usually two). Combined with their creepy ability to get in close and blind-side the player, this is remarkably effective in elevating the fear factor.