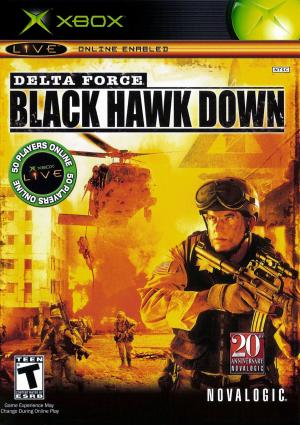 Delta Force: Black Hawk Down is a first-person shooter video game set in the early 1990s during the Unified Task Force peacekeeping operation in Somalia. The missions take place primarily in the southern Jubba Valley and the capital Mogadishu. The game was developed by NovaLogic. It was released for Microsoft Windows on March 23, 2003; for Mac OS X in July 2004; and for PlayStation 2 and Xbox on July 26, 2005. It is the 6th game of the Delta Force series.