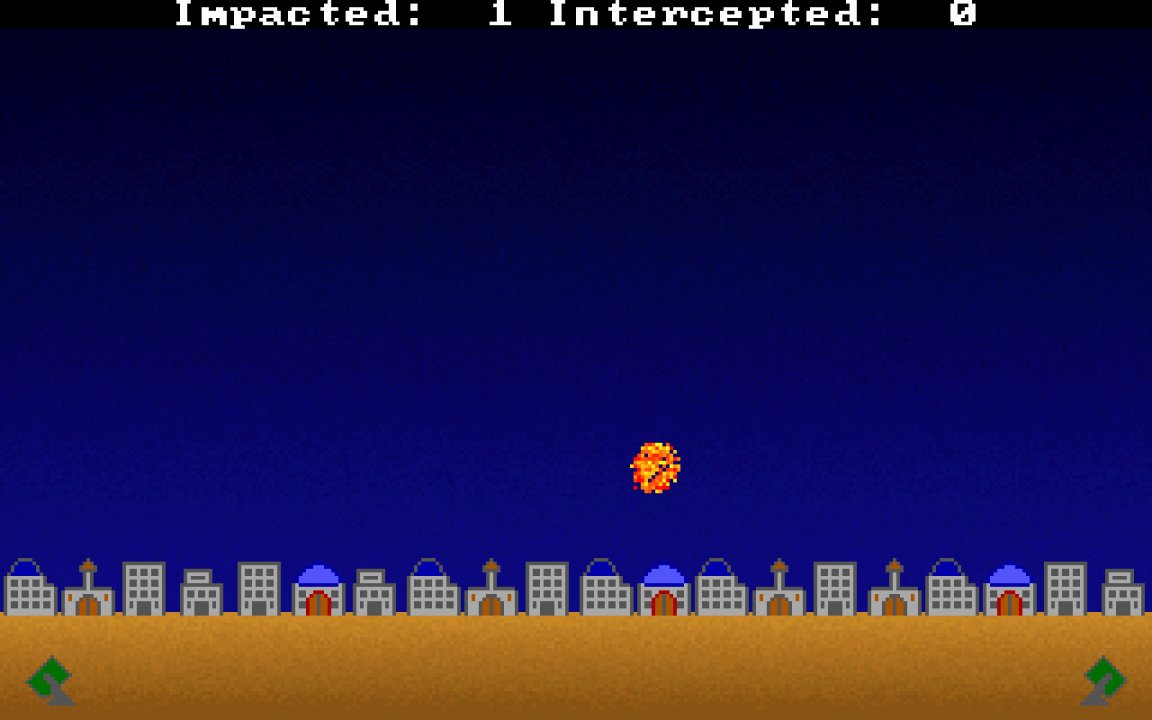 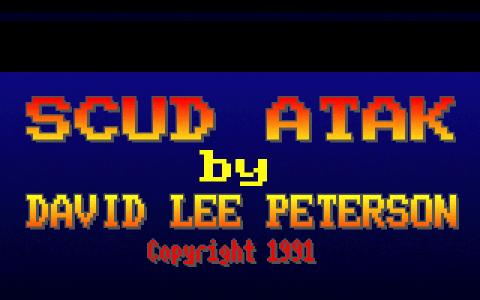 Low-rise buildings huddle in a row, perhaps in some Tel Aviv suburb, while fearfully awaiting the flaming death Saddam Hussein's Scud missiles promise to rain down. Patriot ballistic missile defense batteries wait in the eaves, their operators hoping to successfully intercept an incoming Scud before it reaches a target. This was 1991 in the news, and so in its games also. A topical spin made Missile Command suddenly relevant again, and so its shoot-the-missiles-before-they-deliver-their-payload gameplay was exhumed for another parade around the screen. In this case, your 24 Patriots are controlled by the mouse -- a first click will fire it to a portion of the screen, while a second will cause it to detonate. Firing from the right and left batteries is controlled by choosing to click with the right or left mouse buttons, respectively. The game is over when all the player's buildings have been destroyed... or they may survive long enough to participate in further waves of bombardment, missiles falling more and more quickly. 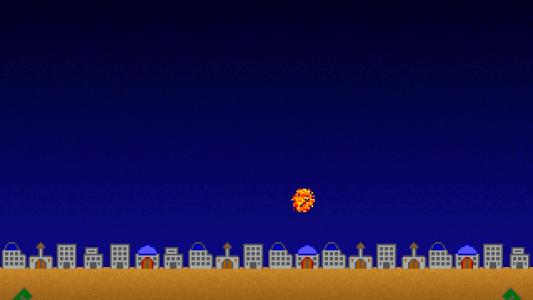