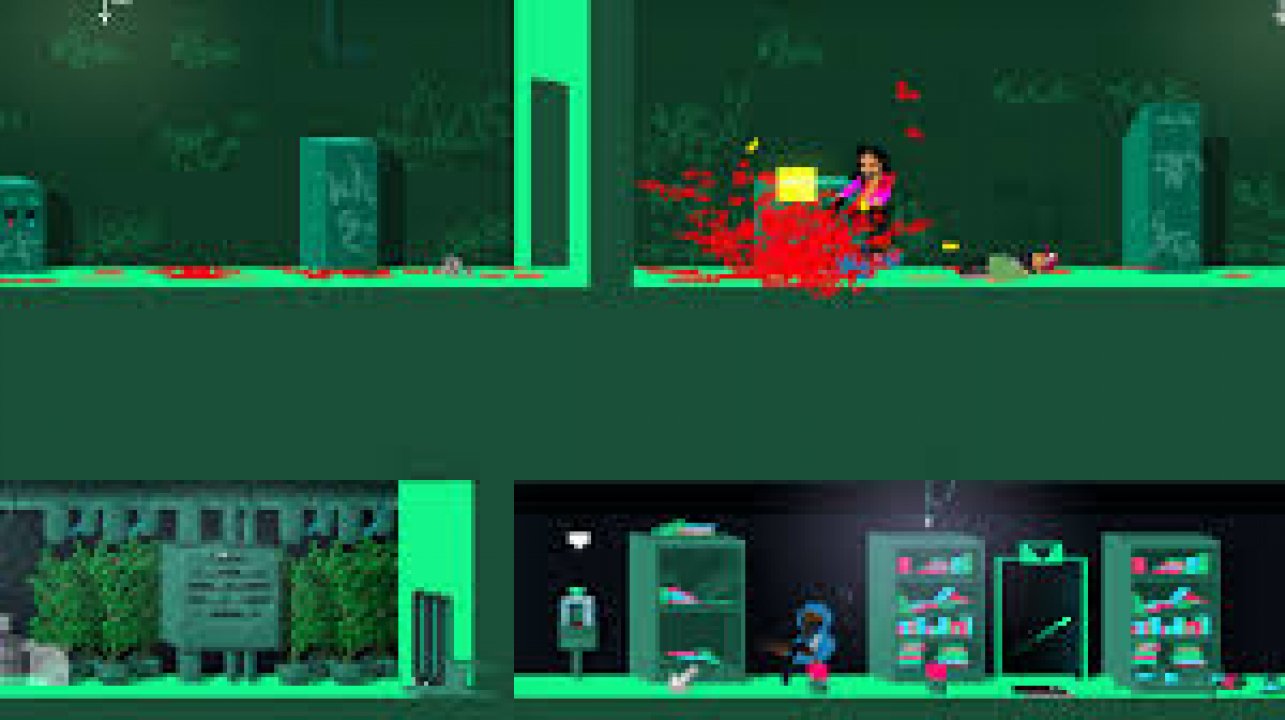 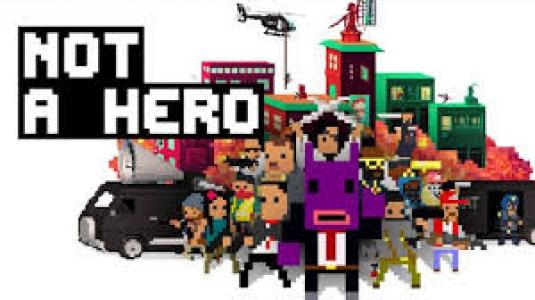 Not a Hero is a 2D side-scrolling cover-based shooter presented in a pixel art style. Players can choose one of nine protagonists at the start of each level, each with their own twists on the mechanics of the game. The player is equipped with a primary weapon that can be upgraded temporarily or for the rest of the level with various upgrades found on the map. The player can pick up special weapons, such as deployable turrets or, more bizarrely, exploding cats. The player is unable to jump but can slide, and is able to use this to take cover against objects in the game world or tackle enemies, leaving them open to an execution. The player can only sustain a few hits, but health is regenerated quickly. The objectives of each level vary, but they amount to accomplishing different tasks to promote BunnyLord's mayoral campaign, such as killing all criminals on the level, rescuing hostages or destroying drug production - each level also has three minor objectives to complete, with some randomness used to generate these. The game also boasts dynamic mid-level events, such as an attacking SWAT team or a helicopter gunship. The nine protagonists, in order of unlocking, include: Steve, a cockney assassin who wields a fast-reloading pistol; Cletus, a supposedly-Scottish hillbilly who uses a shotgun to blow enemies backwards and shoot doors open; Samantha, a fast Welsh woman who can reload and fire while moving; Jesus, a hip-thrusting SMG-wielder, can run fast and execute enemies while moving; Mike, a rapidly-moving alcoholic from St. Helens, with a powerful sawed-off shotgun; Stanley, a slow-moving and slow-reloading paramilitary soldier with a high-capacity rifle; Clive, a bumbling spy who can shoot and run, as well as shoot two guns at each side of the screen; Ronald Justice, a deranged superhero wielding a hammer and pistol and Kimmy, who can use a katana in conjunction with her SMG. Each have various modifiers upon their normal gameplay mechanics such as movement speed. 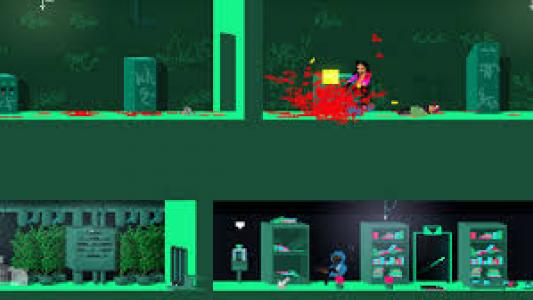