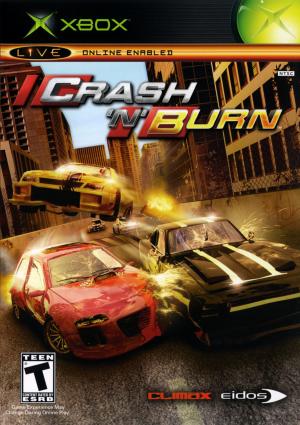 Crash 'n Burn is a futuristic racing/shooter videogame developed by Crystal Dynamics and released exclusively for the 3DO in 1993. The game was the launch title for the system and was included as a pack-in game with Panasonic's original 3DO console.[1] The game is set in the year 2044 AD. Players assume the role of any one of six cyberpunks, each equipped with a unique car and a deadly supply of weapons. Full-motion videos of the racers are accessible in between races, in which each character flaunt their skills and insult their opponents with death threats. The game has rally and tournament modes designed for one player. The game was planned in 1995 for a release on the Sony PlayStation console but was cancelled.