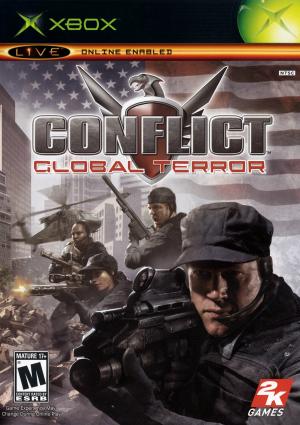 Conflict: Global Terror (also called Conflict: Global Storm) is the fourth game in the Conflict series and was released for PlayStation 2, Xbox and Microsoft Windows. Moving the Conflict series into the 21st century, the game is set in the modern day context of counter-terrorism. The action focuses on an elite rapid response special forces unit, using the four original members of the Desert Storm series and a new member. Bradley, Foley, Connors, Jones and Sherman must overcome terrorists over many different countries, including Colombia, Egypt, the Philippines, Kashmir, South Korea and Chechnya.