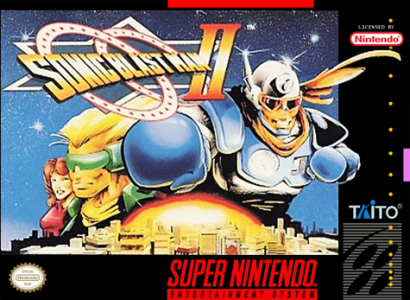 Heavy Blast Man is once again trying to take over the Earth. People are being turned into hideous monsters and being made to serve him. Sonic Blast Man returns along with some new friends, Sonia and Captain Choyear. Together, they battle Heavy Blast Man and his minions to save the Earth from destruction. You control one of three characters in this side-scroller, as you fight your way through various levels filled with enemies and bosses. Beat them up with the basic punches and kicks or use your super moves to get out of tight spots.