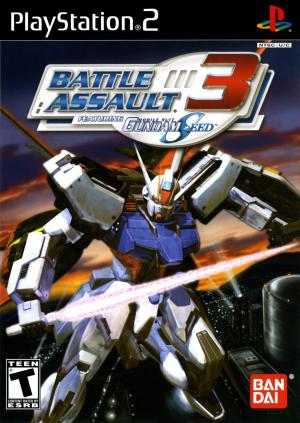 Battle Assault 3 featuring Gundam Seed is the fifth game in the series. It was released on the PlayStation 2, four months after the GBA installment. It was the first to feature full 3D graphics and it also focused on units from the Gundam Seed anime, including grunt mobile suits like GINNs. However, the Wing Gundam Zero Custom, Tallgeese III, Burning (God) Gundam and Master Gundam appear as unlockable secret characters. It was only released in the US. It was built off of the original Gundam Seed game for the PlayStation 2, but modified from an action game into a 3D fighting game.