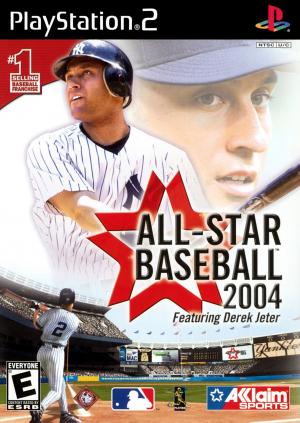 It's back to the ballpark for the 7th time in this addition to the All-Star Baseball series. As in earlier versions, all current Major League Baseball teams players are featured, available for play in a number of single-game, season, and playoff modes. New in this version is the inclusion of over 100 legendary players from seasons past, including Babe Ruth, Lou Gehrig, and Ty Cobb. The game's interface has also been revamped to be more user-friendly. Derek Jeter returns as the cover athlete for the 2004 version and also plays host for the game's live-action stadium tours and other multimedia features.