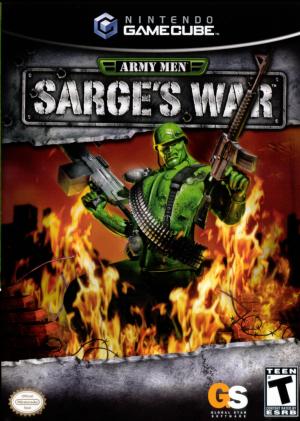 The story: in a new, grittier direction for the Army Men series, Sargeant Hawk takes on his most insidious enemy yet: Lord Malice. After years of conflict, the Green army has finally defeated the Tan menace. On the eve of the peace ceremonies, a ruthless attack wipes out all of Sarge's squad. It's now up to Sarge to even the score. Gameplay: this is primarily a level-based, third-person shooter. Most of the weapons can also be used in a first-person view. The game includes some multiplayer games for two to four players on some platforms.