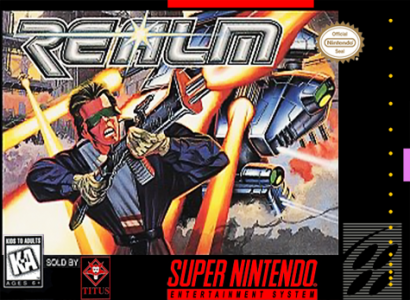 In the year 5069 A.D., an alien invasion has devastated the planet, nearly killing the entire population and leaving the major cities of the world in ruins. Out of this chaos, Earth's last hope has arisen with a Biomech cyborg that travels through the five realms (levels) of the game in order to destroy the alien menace and bring humanity back from the brink of annihilation. The gameplay is a side-scrolling action game, where the player travels throughout stages using weapons such as lasers, heat-seeking missiles and plasma boomerangs to destroy the various enemies scattered throughout the stages and face the standard huge menacing bosses to advance to the next level. Power-ups can also be picked up that range from weapon upgrades to crystals that can produce a temporary shield to protect the player from enemy fire.