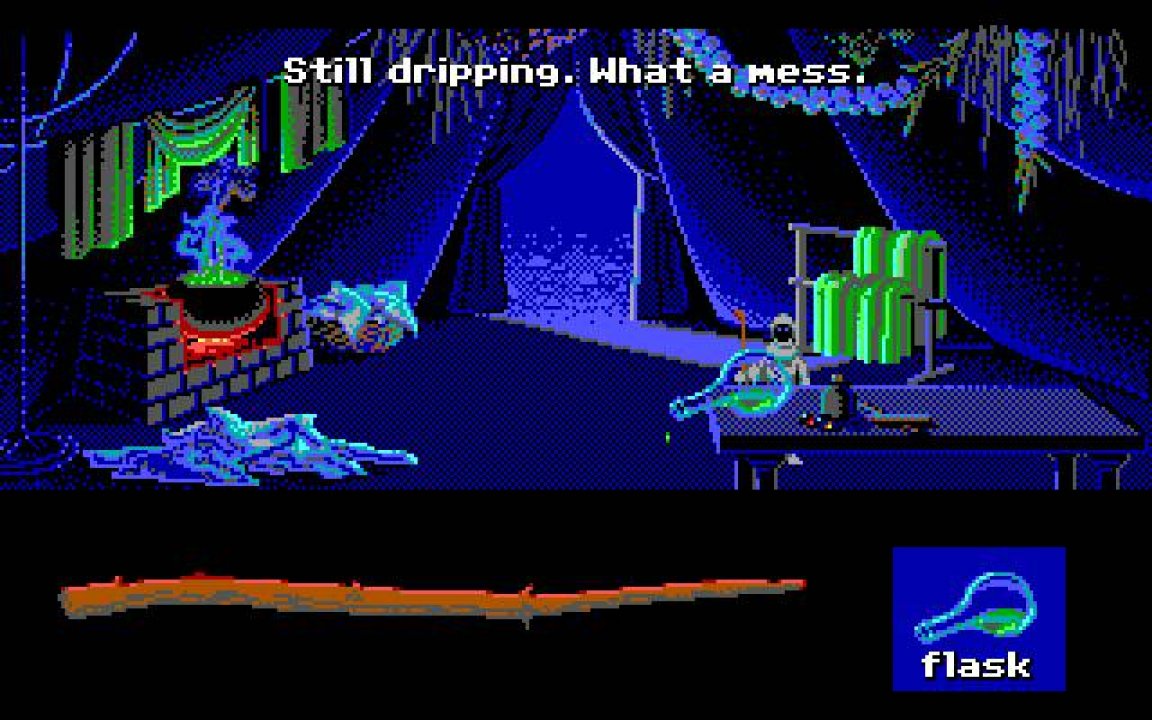 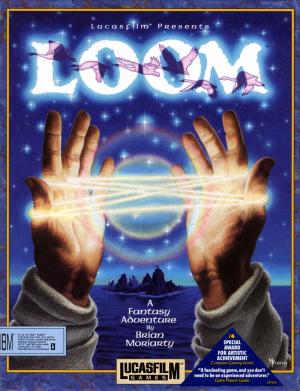 Loom is based on a serious and complex fantasy story. With its experimental interface, it eschewed the traditional paradigm of graphical adventures, where puzzles usually involve interactions between the game character, the environment, and multiple items the character can take into their possession. Loom's gameplay centers instead around magical four-note tunes (drafts) that the protagonist, Bobbin Threadbare, can play on his distaff. Each draft is a spell that has an effect of a certain type, such as "Opening" or "Night Vision". Drafts can be learned by observing an object that possess the qualities of the relevant draft; for example, examining a blade while it is being sharpened gives the player the "Sharpening" draft. 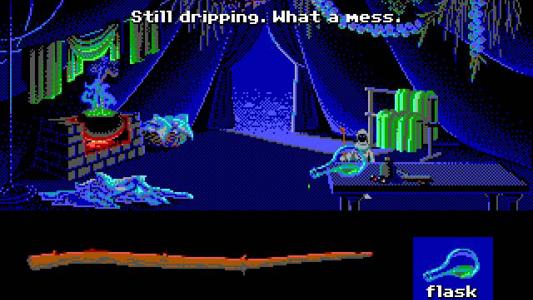