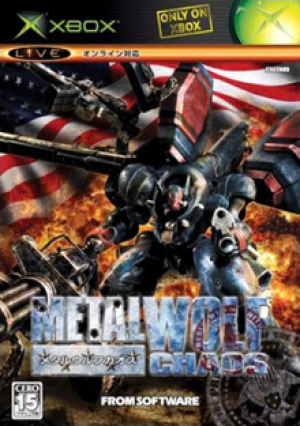 Metal Wolf Chaos[a] is a third-person shooter video game developed and published by FromSoftware. It was released for the Xbox exclusively in Japan in 2004. The player takes on the role of fictional President of the United States Michael Wilson piloting a mech to battle the rebelling military led by fictional Vice President Richard Hawk. Wilson's mech can be equipped with up to eight weapons selected from a set of over a hundred. In each mission, the player battles through destructible environments, destroying all enemies they come across.