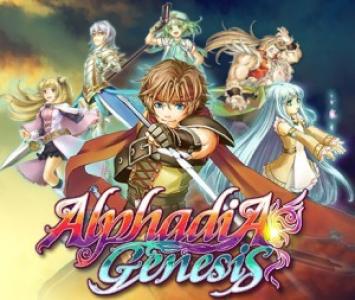 A Battle of Epic Proportions! Alphadia Year 1092: Fifteen years have passed since the end of the terrible Energi Wars, where clones were used as weapons. Two kingdoms, after nearly destroying each other and the natural resources of Energi, signed an important peace treaty, and have been co-operative neighbors ever since: Augustine and Archleign, where the story of Alphadia Genesis begins. Alphadia Genesis boasts a rich, complex story starring Fray, a member of the local guild, and Corone, a knight. As their journey progresses and conflicting national interests come to the forefront, it becomes apparent that it may take more than a little work on both their parts if their relationship is to weather the foreboding storm on the horizon. 3D battles feature beautifully rendered graphics, dynamic camera angles, and more skills than you can shake a sword at!