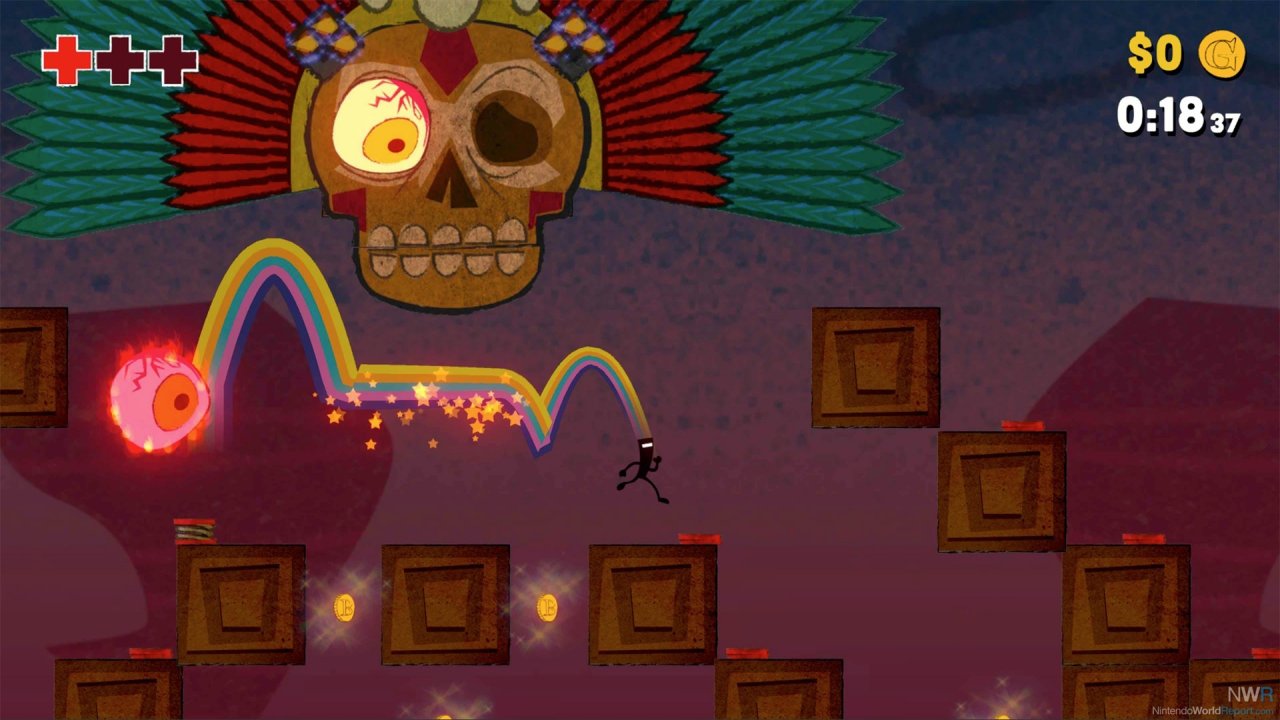 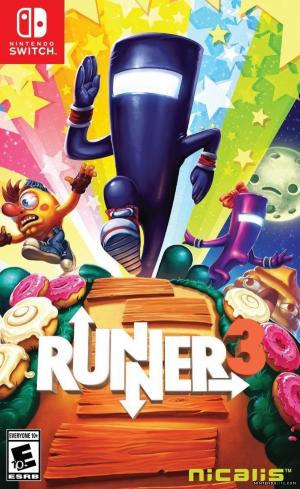 The rhythm-music gameplay of BIT.TRIP RUNNER and Runner2 is back and better than ever! The Timbletot is determined to rid the multiverse of all its love and happiness. CommanderVideo, a lover if ever there were one, refuses to let this happen. He’s ready to jump, double-jump, wall-jump, slide-jump, slide, kick, float, drive, fly, and dance his way to victory, all across a medley of thrilling, challenging, and joyous levels! Features: • Hero Quests! - Runner3 is filled with oddball characters in need of your help. Lend them a hand and they'll reward you generously! • Vehicles! - Players will encounter wild vehicles that stand no chance of ever being deemed street legal. Eggplant planes! Celery cars! Cans propelled by carbonation! And so much more! • Branching Paths! - Every level in Runner3 offers branching paths of varying difficulties. Take the hard path and earn yourself some gems; opt for the normal path and line your pockets with precious gold bars. The choice is yours! • Retro Challenges! - A series tradition, every level in Runner3 has an accompanying "retro" level--it’s like two games for the price of one! These levels will also offer a series' first: free movement! Control CommanderVideo in ways you never have before, and earn precious “Gildan” coins in the process! • Item Shop! - Players will be able to spend their hard-earned Gildans and gems on costumes, capes, accessories, and more. There are no in-game purchases in Runner3--keep your dang money! • New Playable Characters! - The Commanders are joined by friends new and old, including Dave of Woah Dave! fame, Unkle Dill, Frank 'N Stein, Awnty Rewty, and more! • Charles Martinet! - Charles Martinet, known best as the voice of Mario, returns for his role of "The Narrator" 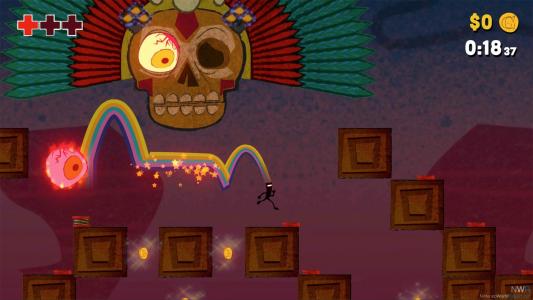