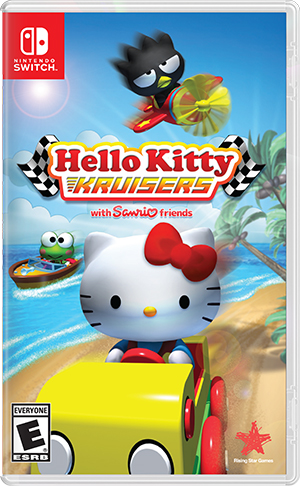 The game features 10 different characters to choose from though some need to be unlock along with 10 choices for vehicles. There are 4 different Tours each featuring 4 courses though there is only 5 settings. Instead, locations are revisited with different vehicles like boats or planes. Races feature all 10 racers at a time The game features an item system similar to Mario Kart with projectile items (Pies), dropped items (Traffic cones) and speed boosts. Races feature all 10 racers at a time, but the AI is fairly bad as well as hit detection, leading AI to get stuck in walls