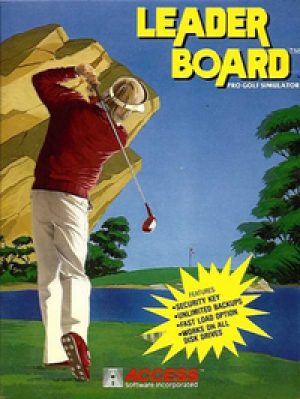 Leader Board (sometimes Leaderboard) is a series of golf simulation video games that was developed by Bruce Carver and Roger Carver, and published by Access Software. Leader Board, the first game in the series, was released in 1986 and included four different water-based courses. It was well received, being rated as 97% overall by Zzap 64 magazine and being prized with their "Gold Award". It was also highly rated by other magazines, with Your Sinclair rating it 9 out of 10, Sinclair User giving it five stars, and Crash rating it 80%.