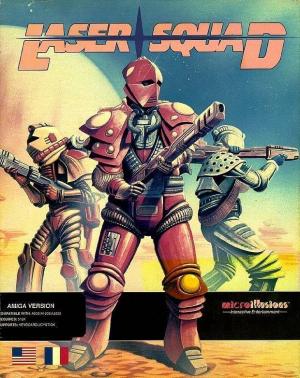 Laser Squad is a turn-based tactics war game where the player completes objectives such as rescue or retrieval operations, or simply eliminating all of the enemy by taking advantage of cover, squad level military tactics, and careful use of weaponry. The squad's team members are maneuvering around a map one at a time, taking actions such as move, turn, shoot, pick up and so on that use up the unit's action points. More heavily laden units may tire more easily, and may have to rest to avoid running out of action points more quickly in subsequent turns. Morale also plays a factor; a unit witnessing the deaths of his teammates can panic and run out of the player's control.