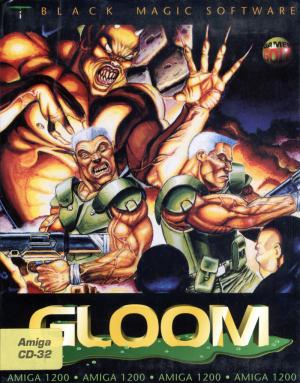 As the title implies, Gloom is an attempt at recreating Doom for the Amiga. In 1995 this was a big target for programmers, as it was felt that the Amiga 1200 was capable of bringing the first person 3D action to life. Gloom was written by New Zealand's respected Acid Software team, and published by Guildhall who supported the Amiga heavily in its later years. The emphasis was placed on action, rather than collecting keys and negotiating through maps.