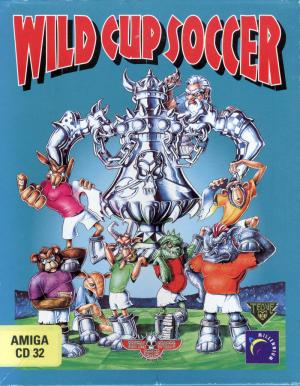 Following on from Brutal Sports Football came this interpretation of soccer, released alongside the 1994 World Cup. In one player mode you can play a Wild Cup or a League system; two player games are restricted to single ‘Unfriendly’ matches. Unlike its predecessor the game uses an isometric viewpoint, perhaps because the original FIFA was so popular at the time. A number of vicious moves are on offer, with tackles Vinnie Jones would flinch at along with lethal head-butts and shoulder barges. If a game finishes drawn, it goes into a ‘Penalty Shoot Out’, which involves going round shooting the opposition;– the last team standing wins. The pre-match screens include attacking at defensive play styles, transfers and the chance to buy items such as rocket launchers and shields.