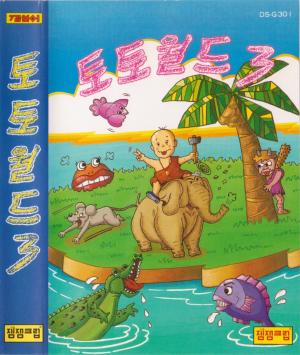 Toto World 3, aka ' Cave Dude ', is an unreleased prototype Innovation Tech tried to get released on the Game Gear in the US. Although not the most graphically impressive game compared to the likes of Sonic the Hedgehog, Cave Dude is a rather enjoyable platformer that will keep you coming back for more. It has a nice soundtrack, easy to pick up and play and what I really like is the character references in the game that remind me of some of those Arcade classics such as Toki and New Zealand Story. So if you want to have a play it's freely available and works on a Sega Master System and through emulation.