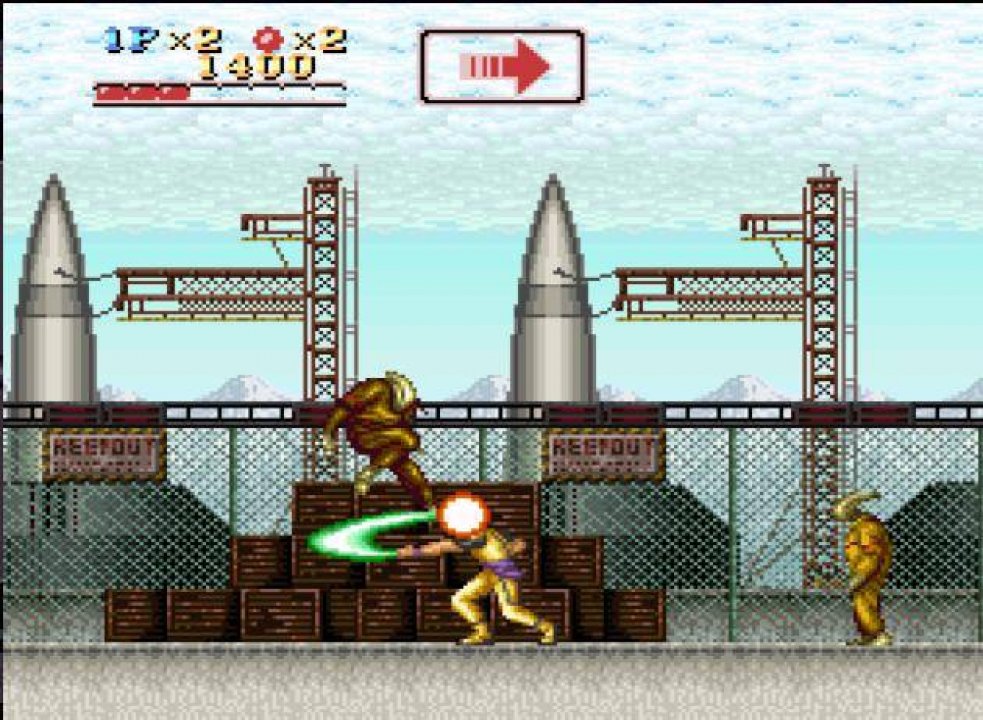 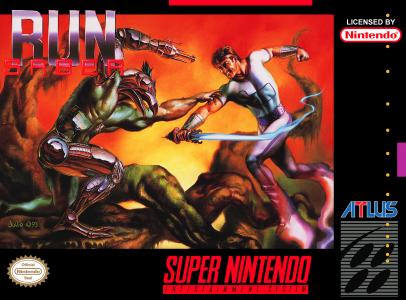 In the year 2998, the brilliant Dr. Bruford is experimenting with genetic structures and radiation. He hopes to create new functions in nature that will remove the pollution from the Earth before it is too late. Unfortunately Dr. Bruford's experiments go wrong and genetic monsters are unleashed upon the world. The only thing that can stop these creatures are Dr. Bruford's previous achievement: Genetically enhanced warriors known as the Run Sabers. Two of the Run Sabers, Sheena and Allen are ready to activate. Run Saber is a side-scrolling platform game similar in gameplay to Strider. Players assume the role of one or both of the Run Saber characters. Choosing either Sheena with her Ice powers or Allen with his Thunder powers, players must defeat mutant monsters. The Run Sabers can move side to side, jump in the air, attack with a sword, climb along walls or roofs, slide across the ground and drop-kick. Additionally, each character has a special move, which damages everything on the screen with either Ice or Lightning, and which can be activated by collecting orb power-ups. Other power-ups include small health, large health, extra life and a larger sword. Players progress through 5 different levels, often encountering powerful boss and miniboss mutant creatures. 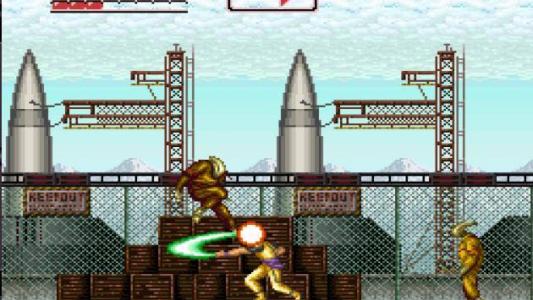