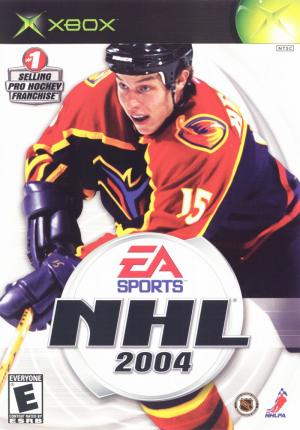 The control for NHL 2004 has been refined, allowing for more precise movement than in the previous games. Precise passes, shots, and accurate skating are accomplished by simply tapping the button. NHL 2004 features a new fighting engine, allowing for more accurate and realistic fights. The right analog stick controls "Bruise Control", which lets you perform different moves by tilting the stick in different directions. Before you get into fights, you'll need to agitate a player, and this is where his Agitation Meter comes in. Losing the game, being checked, making sloppy passes all raises his Agitation Meter, until he is ready to burst and will fight at the slightest poke check.