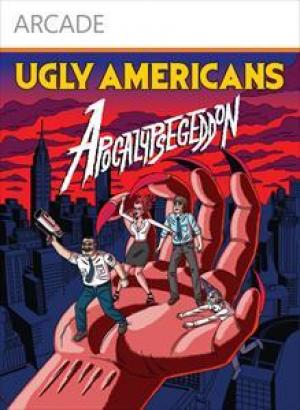 With four-player top-down co-op gameplay that hearkens back to such classics as Gauntlet and Robotron, “Ugly Americans: Apocalypsegeddon” features four playable characters, each with their own unique abilities, weapons and strengths. Players must comb the streets of New York City and pacify raving demons, delinquent man birds and zombies by lactating fire or hurling wacky objects like flying demon skulls, fish, baseballs and wrenches. Investigate case files from the Department of Integration and battle devastating and distinctive bosses at the end of each mission, each bringing you one step closer to finding out who is trying to bring about the end of days!