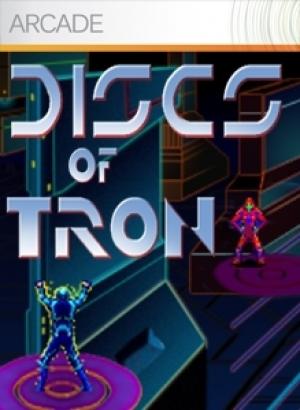 In Discs of Tron, players face off in a three-dimensional arena against the film's villain, Sark, as they throw discs to try to knock him off of a platform or "derezz" him with a disc while he counters. The game, which includes both classic and enhanced modes, gets increasingly more difficult as players progress. A player's advancement through the game includes multiple platforms of different altitudes, a barricade between the two combatants and chasers, which are secondary weapons from Sark.