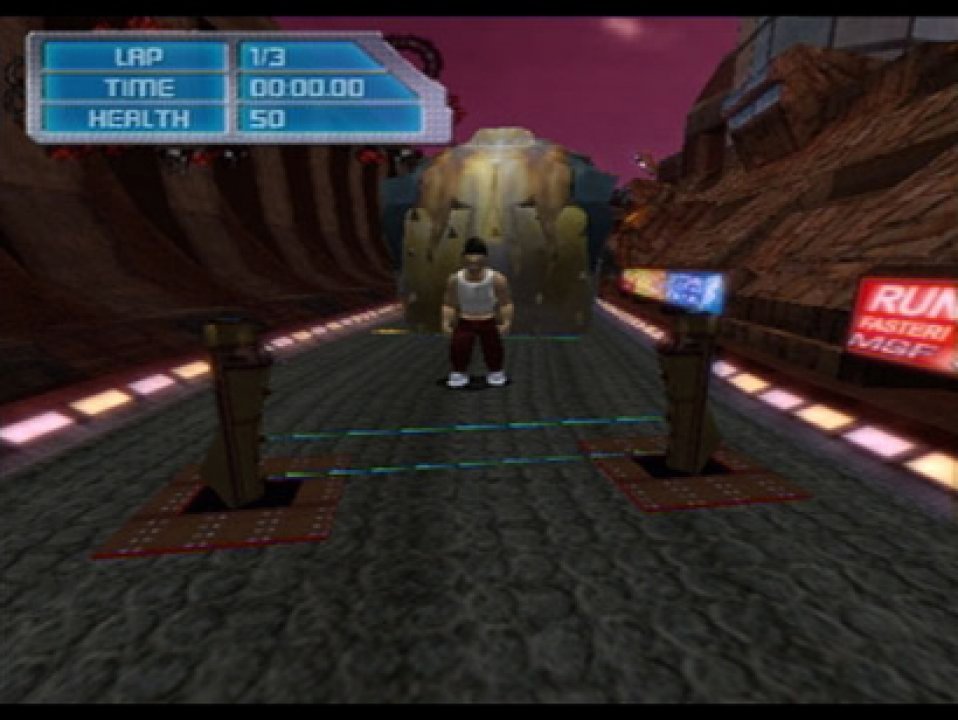 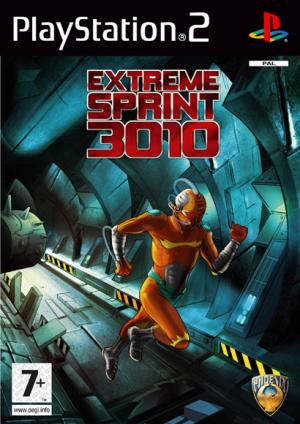 Extreme Sprint 3010 is a single-player, running jumping kind of a game. Set in the year 3010, this game envisions a world where evil governments are desperate for something good to put on TV to entertain their teeming masses. The solution - a race. In this race the runner races around an obstacle strewn track chased by a machine that is a cross between a tank and a steam roller. Stay ahead and you win, get caught and you're history. The player's point of view is always above and in front of the runner, looking back at them as they run towards the camera. The track is littered with objects which the runner must either avoid, jump over, or duck under. These obstacles can just pop up out of the track as the runner approaches so quick reactions are needed. There are three game modes: Standard Mode: here there is the Single sprint mode where the player can practice any unlocked circuit. Then there's the Multiple Sprint mode which is locked until Tournament Mode has been completed, completing the Multiple Sprint mode unlocks 16th stadium. Tournament Mode: here there are five leagues, completing a league will unlock further stadiums and hence give access to the next league. Completing the final league unlocks stadium fifteen and the Multiple Sprints mode Exploration Mode: Here the player has to complete series of races that unlock new characters. 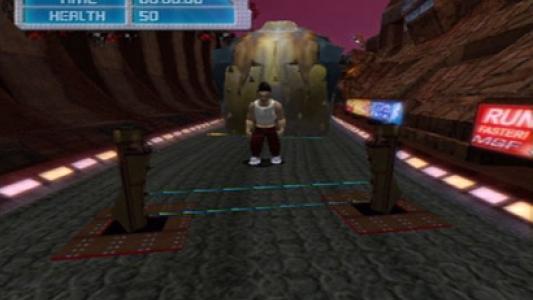