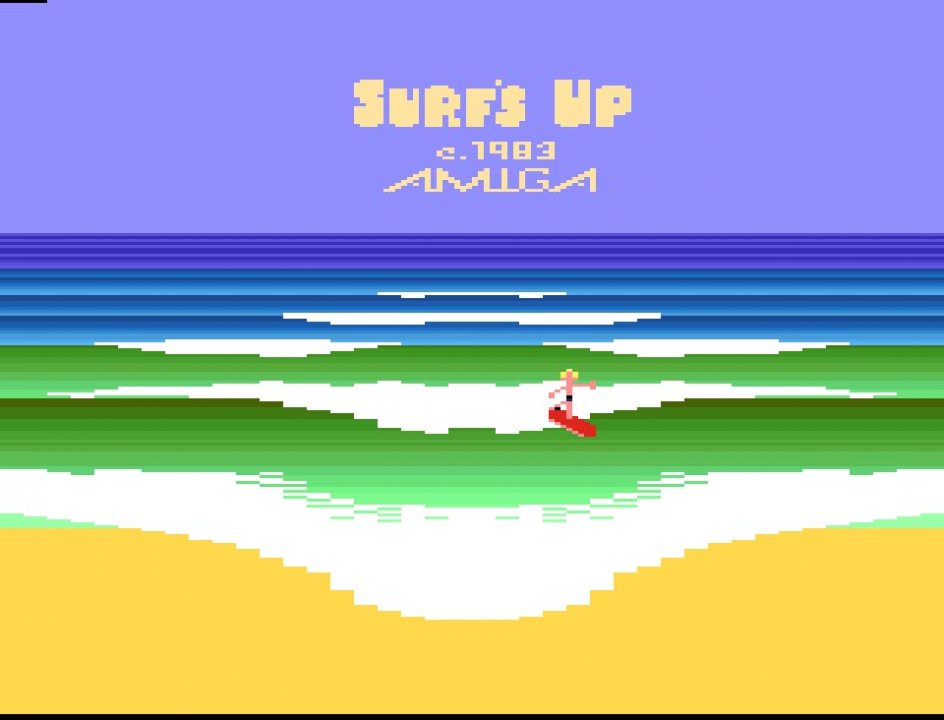 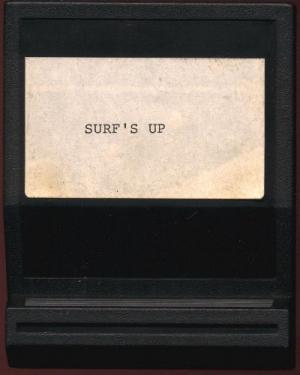 Surf's Up was the third and last game to make use of Amiga's JoyBoard controller. The JoyBoard was a quirky device that you would stand on and lean in the direction you wanted your character to move. An interesting concept, but it didn't work overly well and only one officially released game (Mogul Maniac) made use of it. While Amiga's second game Off Your Rocker was sold in limited quantities through Happy Valley Video, Surf's Up was never sold in stores. 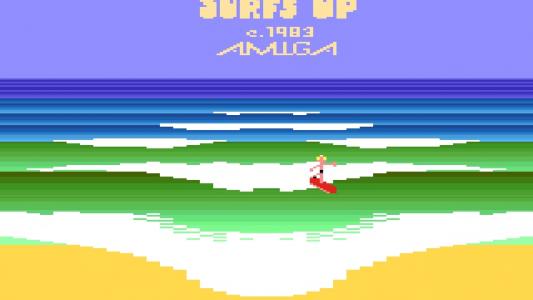