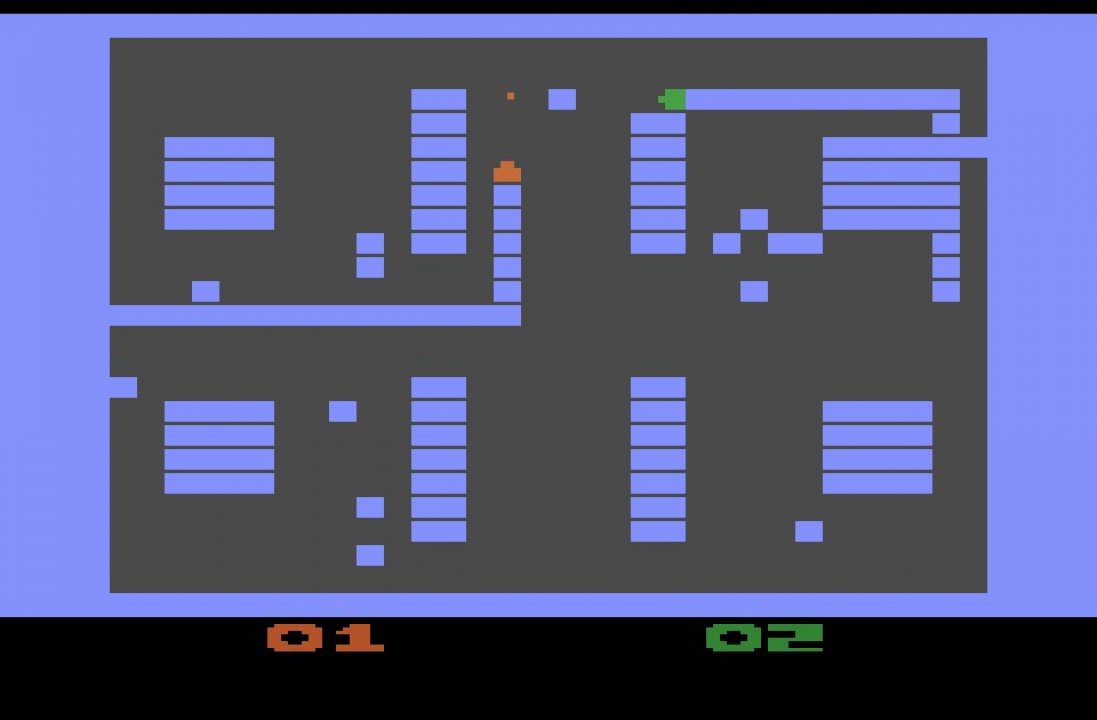 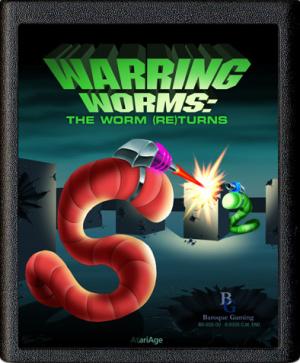 Warring Worms: The Worm (Re)Turns is a new version of Billy Eno's popular Atari 2600 homebrew game Warring Worms. This new version of Warring Worms sports several significant improvements over the original game and the game has been doubled in size from 4K to 8K. Warring Worms: The Worm (Re)Turns includes a new game selection screen, where you can see all the original options as well as several new ones: - Tank Mode - In this mode, the snakes no longer grow continuously. As your snake moves, it no longer leaves a trail behind you. - Solid Arena Mode - The starting arena cannot be destroyed by the cannon. - Unbreakable Mode - Nothing can be destroyed by the cannons. In this mode, the only thing the cannon can hurt is your opponent! - First To - Tony Morse once said something to the effect of, "Who wants to play best of 198?" This feature lets you chose the ending score, and bring "full" games down to a reasonable playable time. - Win By 2 Mode - This feature changes the winning condition so that you must beat your opponent by at least two points. - Select Game/Random Game - Selecting Random Game changes most of the game options to be selected randomly before each round. This provides a new challenge every round. Think of Warring Worms: The Worm (Re)Turns as an advanced version of the classic Atari game Surround. While avoiding walls, each worm can shoot a cannon that will destroy a single block on the playing field, or kill the opposing worm. 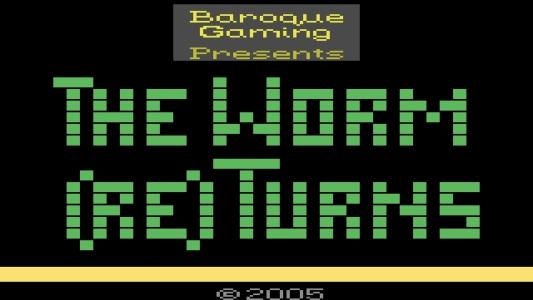 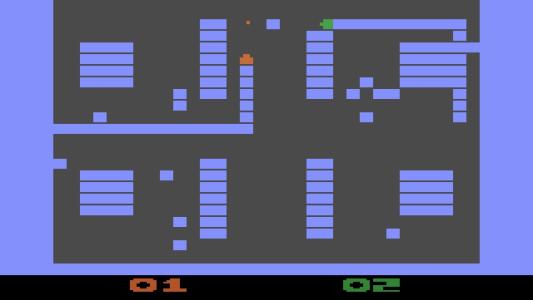