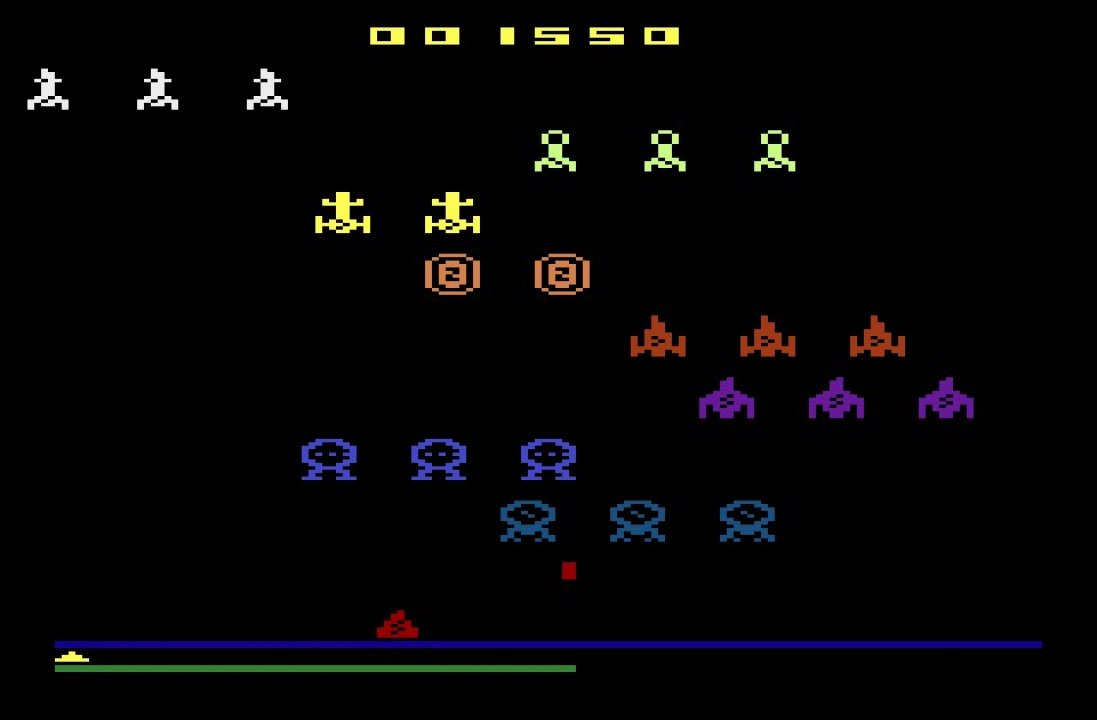 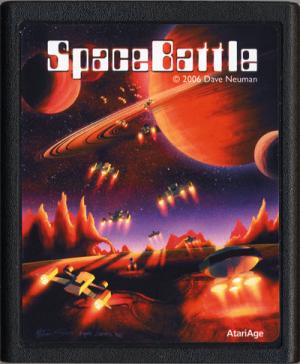 The intergalactic treaty of 2345 has been broken by a race known as the G'ohrn. You are on patrol in the Gamma Sector of the Dyni'bian Cluster when you receive a distress call from Earth outpost #4. Your mission is to defend the remote Earth outpost. In Space Battle, you must defend a remote Earth outpost from attacking invaders! But it's not as easy as it sounds--before you can even face the enemy onslaught, you must first land your ship on the outpost's defense platform while evading an enemy sentry! Once on the platform, you will then face the first wave of enemy fighters. Can you destroy them before depleting your fuel supply? To keep your fuel from running low, be sure to pick up the fuel pods released by exploding enemy vessels! After you destroy the first wave, you'll then be faced with two morphing Kh'rylian Destroyers, and not only do they not drop fuel pods but they require several shots to destroy! And should you survive their fury, you won't have time for a break, as the enemies will send wave after wave of invaders to test your mettle! 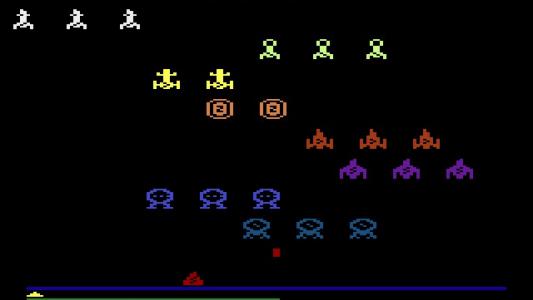