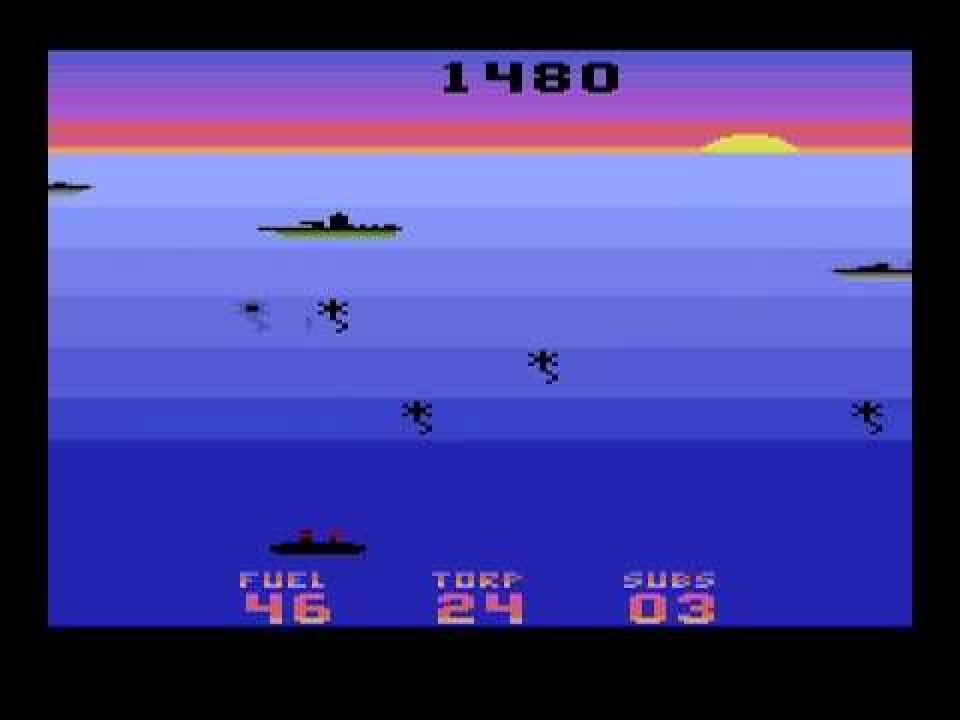 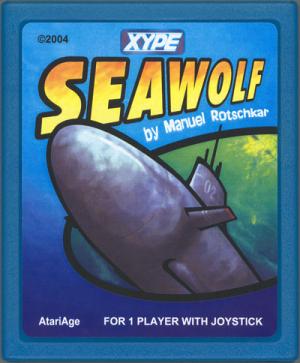 Atari 2600 programmer Manuel Rotschkar (Gunfight, Star Fire) has completed his latest Atari 2600 title, Seawolf, which is his 4K entry in the 2004 MiniGame Competition. This game is influenced and inspired by the Midway Sea Wolf and Sea Wolf II arcade games as well as the Astrocade and 8-bit home versions, but is not a direct port. Seawolf also borrows elements from Broderbund's Seafox. In Seawolf you command a submarine lurking below the surface of the ocean, where you need to attack enemy convoys while avoiding depth charges and other dangers. But use your resources wisely, as you don't want to be a sitting duck when you run out of torpedoes, or worse, fuel! And watch out for the Red Cross ships, as they have a surprise for you if you accidently target them! Seawolf features four difficulty settings, with a matching color-coded score display so you can tell which difficulty setting you are playing at quick glance. Seawolf is the first Atari 2600 homebrew to feature 24 pixel wide multicolor sprites. 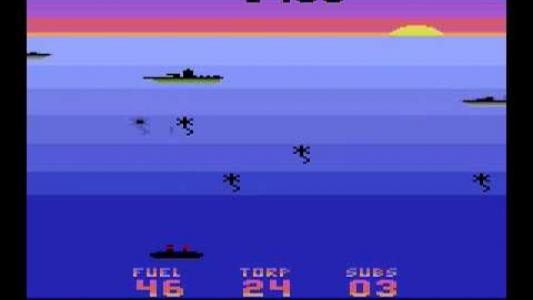