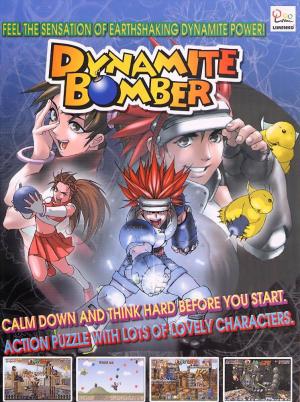 The 'Dynamite Bomber' is about our three heroes Mic, Mae and Dan, exploring the world, giving a hard time to native gangsters maneuvering the world of disorder. They shall encounter gangsters in Hong Kong, Nazis in Germany, etc. How to Play? Face them with the 'Bombs'. Player can throw their bombs directly to enemies or their structures. Or you can lay lots of bombs at strategic point and fire them away altogether for a maximum impact. And you can scheme a pattern bombing for which player array bombs in a row along the enemy's path and structures. Fire one of them and all the bombs explode one by one. Each character has it's own specialty: Mic can command a Charge Shot, and Mae can order an untouchable Flash Move, while Dan fly free.