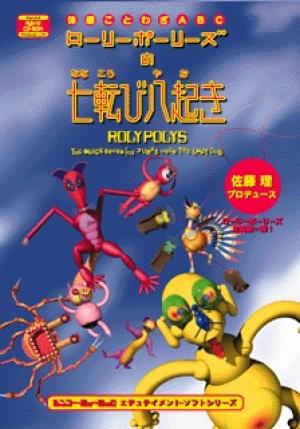 Also know as: ローリーポーリーズの七転び八起き | The Quick Brown Fox Jumps Over The Lazy Dog

Roly-Polys Nanakorobi Yaoki (ローリーポーリーズの七転び八起き) is an edutainment game for PC and Mac that was released in 1997. It was developed by OutSide Directors Company (OSD) and published by Shinko Music Entertainment. The game is targeted at children and features a cast of colorful animal characters known as "Roly-Polys". It was designed to teach basic concepts like history and the alphabet. Although the game was meant for kids, the creator, Osamu Sato, believed that adults should be able to enjoy it as well.