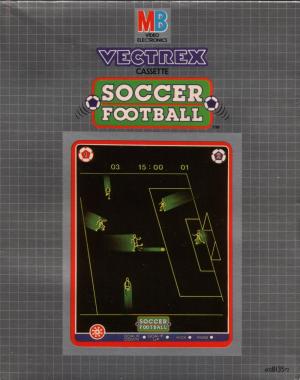 Also know as: Heads Up

The player controls one of three active members of their team as well as the defensive goalie. The player must use passing, stealing, shooting, and blocking to either score in offense or defend in defense, just as in a live game of Soccer (also known as Football in most non-U. S. countries). Each game consists of two consecutive three-minute halves where each team attempts to score as many points as possible. If the score happens to be tied at the end of the two halves, the game will go into Sudden Death overtime, which consists of three minute periods until the first team scores and wins. Should the ball go out of bounds at any time, the player who last touched the ball loses possession and the opposing team gets to throw the ball back in. Released as "Soocer Football" by Milton Bradley and "Heads Up" by GCE