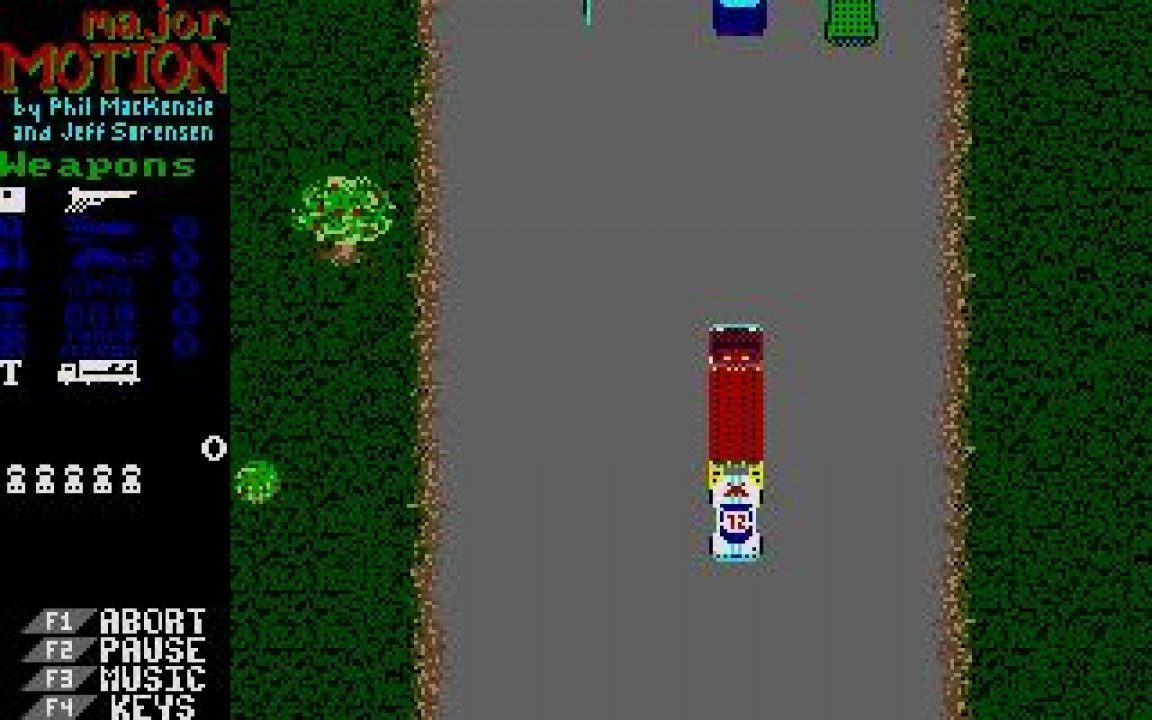 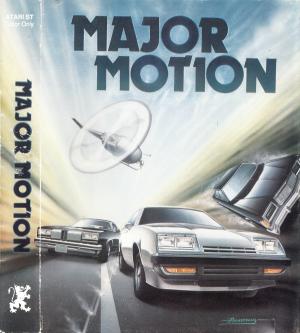 Background briefing A group calling itself "The Draconian League" has taken over the highways on the western frontier. Lawlessness and hysteria suddenly pervade the region. Apparently the League slowly built up a fleet of powerful, deadly cars. But only when they began terrorizing the highways a few days ago did we realize the extent of the danger. We still don't know how many cars they have. Your mission Your mission is to rid the frontier of this enemy of freedom, to make the roads safe for civilian cars once more. Your car is fast, powerful and ready to accept weapons systems that will be delivered to you as soon as they are ready. Your code name on this mission will be Major Motion. No scouts from the area have survived long enough to file complete reports, so we have only a little information: 1. Some cars have spikes on their wheels that slash any tires that come into contact with them. 2. Some cars are armored against machine guns. 3. The enemy has an attack helicopter at its disposal. 4. A very fast car fires machine guns from its sides. 5. The League has stolen an early prototype of the car you will be driving. It's called "Evil Twin." A weapons truck will drop you off on the frontier. We can supply you only with machine guns at the start, but if you can survive, the truck will return periodically to bring you new weapons systems. 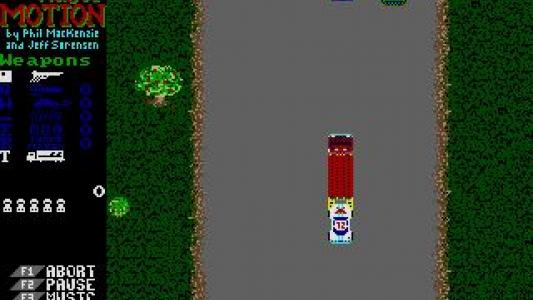