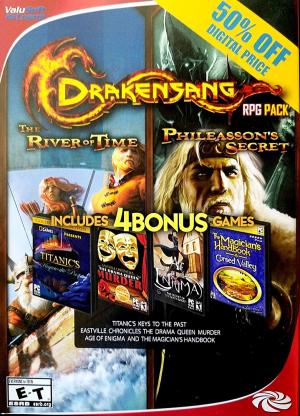 Adventure awaits! Experiance exciting stories within huge campaigns involving numerous main and side quests! Master the art of Magic to change the couse of history, doom entire kingdoms or bring death and madness upon men Exciting game world has been expanded with a new setting - a beautiful elven city! Over 10 hours of new quests to conquer in the expansion pack alone! Includes 4 Bonus Games: Titanic: Keys to the Past, Eastville Chronicles: The Drama Queen Murder. Age of Enigma, and The Magician's Handbook